RLC's "The Lion, The Witch and The Wardrobe" cast discuss working on the play and the characters they portray 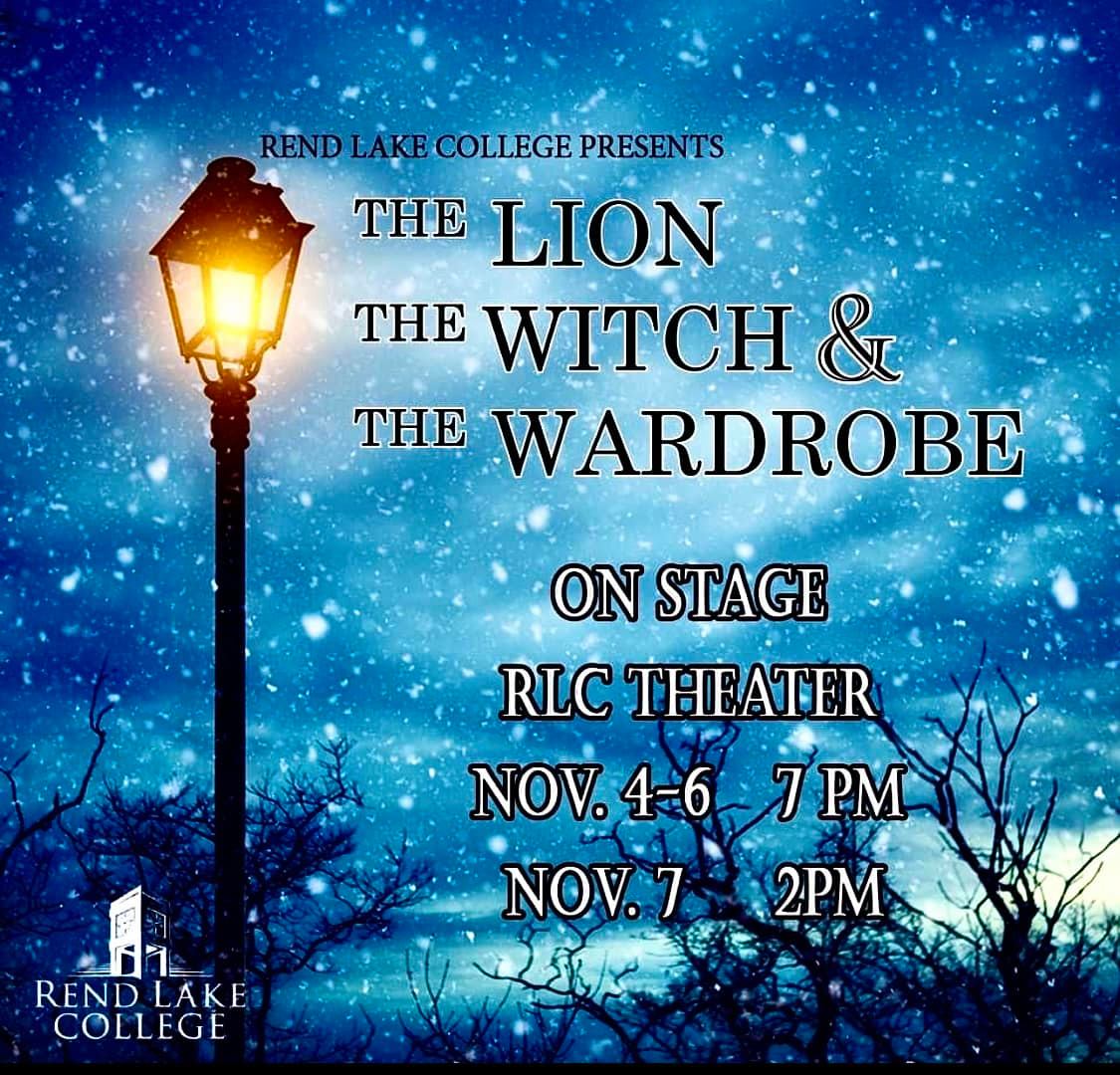 INA, IL (Nov. 3, 2021) – Lines will be drawn in the snow this weekend as the epic battle between good and evil commences during the Rend Lake College play “The Lion, The Witch and The Wardrobe.”

The fall play opens Thursday night, Nov. 4, with additional performances Friday and Saturday, Nov. 5 and 6. All evening performances begin at 7 p.m. A matinee show will be held on Sunday, Nov. 7, at 2 p.m.

Based on the beloved children’s story by C.S. Lewis, the play follows Lucy and her older siblings – Peter, Edmund and Susan – as they embark on the adventure of a lifetime.

What direction the Pevensie children will take once they enter a world that has been cursed by an eternal winter will ultimately set the stage for a showdown over the future of Narnia.

For weeks, cast members have been getting to the heart of the story and what drives their characters to choose sides.

Heidi Carroll of Benton will play Lucy, who first discovers the magical wardrobe that transports the children to the fantasy world. She said she has enjoyed figuring out how to act as her character and seeing the costumes.

“I believe it is important to the story because it’s good to look up to our elders and have friends that will help you in life,” she said.

“Aslan embodies selflessness,” said Josh Nelson of Mt. Vernon, who plays the lion hero of the play. “His utmost concern is the good of Narnia.”

Taylor Frank of Waltonville said working on the play has been a rewarding experience. She is excited to play the White Witch, a character she has loved for years.

“I’m typically a very nice person so it is a lot of fun for me to tap into my more mean and evil side,” Frank said. “The villain has always been my favorite role to play. I think she froze Narnia for control. As long as Narnia is frozen she knows she has control.”

Getting to play his favorite animal a wolf and a villain has allowed Ontarius Rollins of Mt. Vernon to get out of his comfort zone. He said working on the production has been “an incredible reintroduction into theater.” He adds that it may take him a bit to become as malicious as the role calls for him to be, the costume will help him to be as mean as he needs to be.

“Once I don that wolf fur, the fun and energy of the performance has no bounds,” he said of his character. “I believe Fenris has a lot of potential in life, but either didn’t properly utilize it, or had to claw his way to getting it. Fenris comes off as powerful and aggressive, and while he has likely earned a fair bit of this confidence, it seems to hide insecurity because he either never got the chance to show what he was capable of in another situation, or this was the only way he ever would have known of what he was capable of. The witch gave him purpose and power, where he otherwise would have had none or maybe it was the only way he saw that he could achieve it.”

Those involved in the play said the show is not one to miss.

“I would just like to encourage anyone who has thought about auditioning for a play or musical, do it,” Frank said. “Even if you’ve never done it before. I didn’t until college and I fell in love with theatre. It is so worth it.”

“We have worked so so hard and we hope you come out and see us perform,” Carroll said.

“If you know anyone involved in the cast or crew, you should be damn proud of all the hours of work it takes to make a play,” Nelson said. “Thanks for watching.”