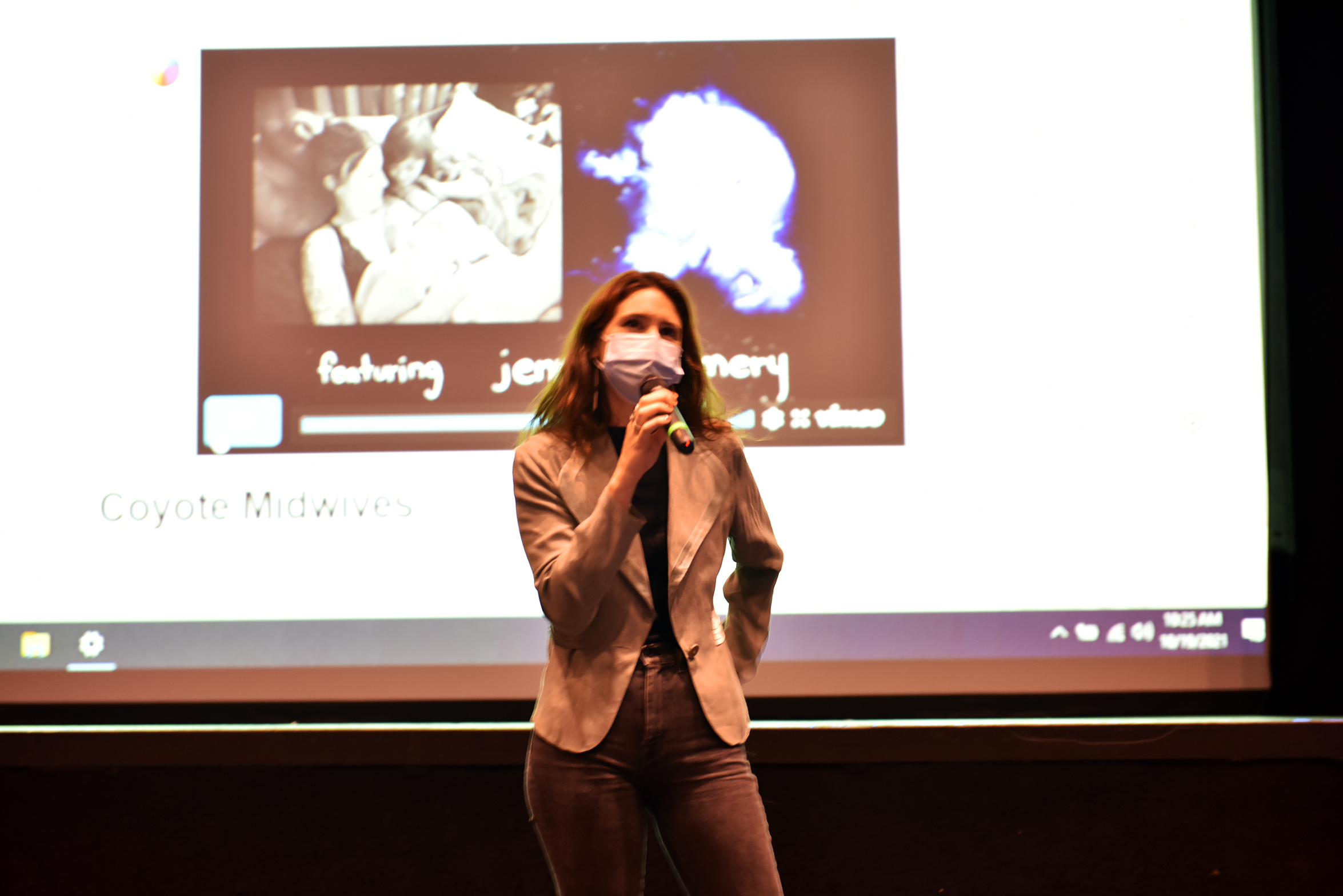 Filmmaker Ellen Esling talks about her film "Coyote Midwives" Tuesday in the RLC Theater during a discussion for Diversity Week. (Click image for printable photo)

INA, IL (Oct. 19, 2021) -- Filmmaker Ellen Esling presented a discussion and screening on Tuesday in the RLC Theater about the issues surrounding the health and well-being of rural communities and her storytelling process.

The short films included "The Accidental Environmentalist," which features how Catherine Flowers became an activist after contracting a mysterious rash after visiting a raw sewage site in her native Lowndes County, AL. After she insisted on further testing, Flowers got her answer. She and 34.5 percent of the county residents were diagnosed with hookworm, a sewage-harbored disease that many experts had believed was eradicated in the US. Flowers later founded the Alabama Center for Rural Enterprise, focusing her work on poverty and race.

The second film "Coyote Midwives" is about birth workers who are providing alternative maternity care in Illinois, where midwiving is considered illegal. Esling said she wanted to examine the medicalization of labor and delivery and the normalized notion of hospital births. She discussed using anonymous sources for her film and how she filmed a live birth.

Esling received her Master in Fine Arts degree in media arts from Southern Illinois University Carbondale, where she also completed her Bachelor of Arts. Ellen’s work spans a broad spectrum of mediums including film, stop-motion animation, photography, sound art and installation. More recently, she is a Master of Science candidate in Geography and Environmental Sustainability at SIU exploring local food systems. She has remained committed to storytelling with a focus on rural livelihoods in the United States.

Esling discussed her interviewing and subject selection process, saying her ethos is to make a film that represents their viewpoint. She said she prefers to use "living portraits" in her style of documentary filmmaking.

"I like my films to be about the relationship first," Esling said. "And then the film."

Diversity Week began on Monday, Oct. 18, and continues through Friday, Oct. 22. It is a week of cultural and international themed events with the purpose of better understanding cultural and philosophical differences. Events include guest speakers, panel discussions and films.

To see a full list of events, visit rlc.edu/diversityweek. 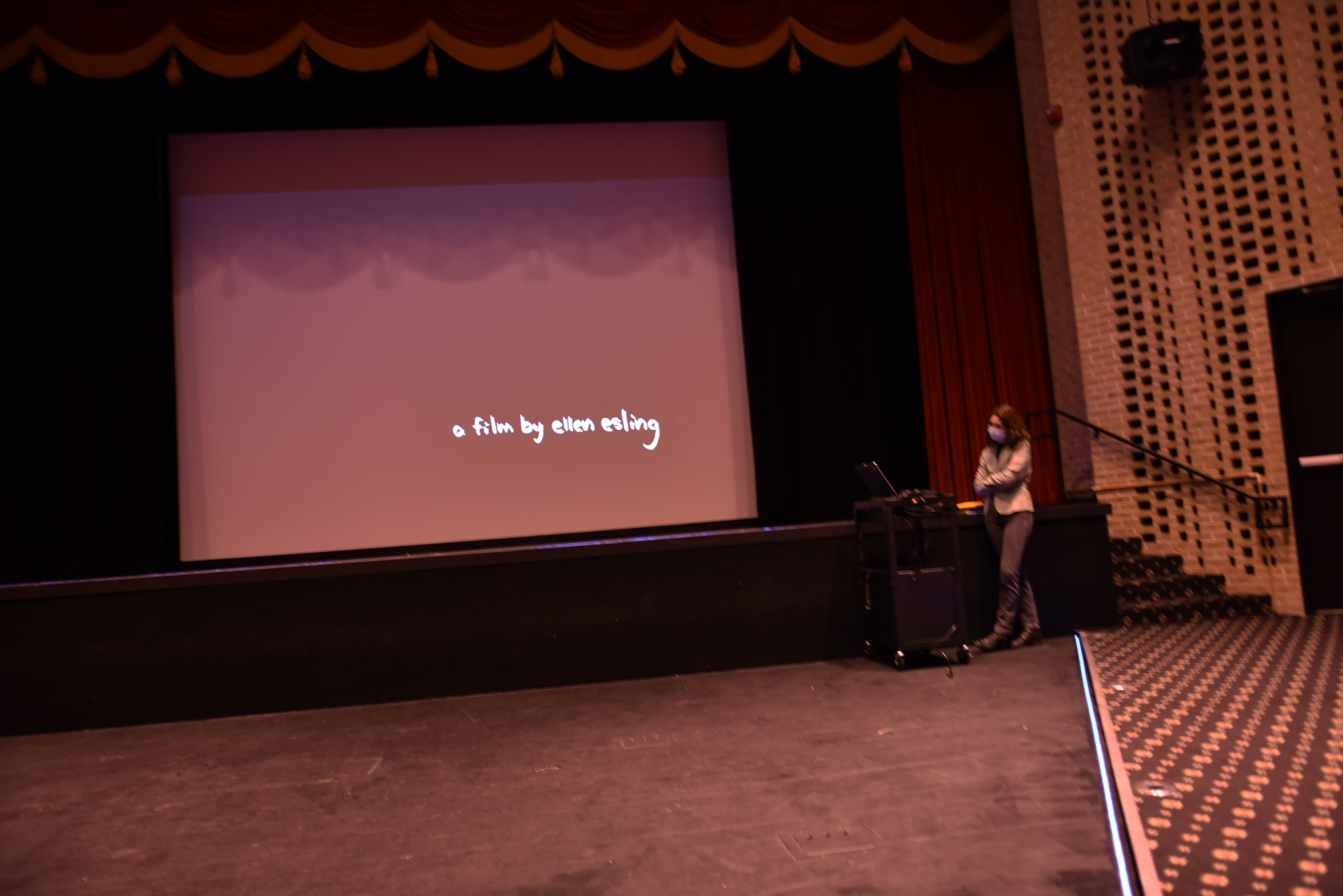