Poet Laureate of Illinois to hold reading during Diversity Week 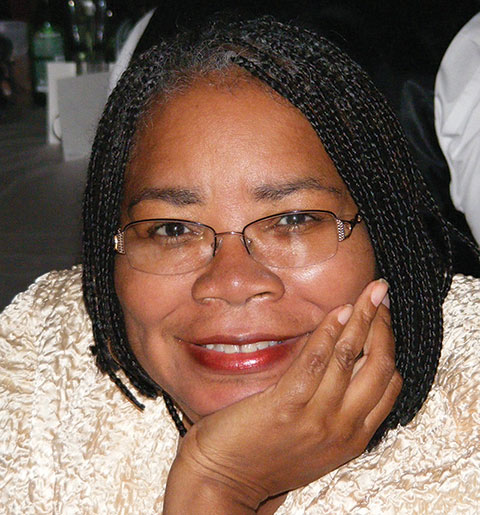 Jackson will speak in the RLC Theater on Monday, Oct. 18, at noon.

Born in Greenville, MS, Jackson is the fifth of nine children. She moved to the Southside of Chicago with her family when she was young. She earned a Bachelor of Arts degree from Northwestern University, where she also received the Academy of American Poets Prize. She later received her master's degree in Latin American and Caribbean studies from the University of Chicago. She was also a prominent member of the Organization of Black American Culture at that university.

Her free-verse poems are said to weave myth and life experience along with conversation and invocation. She is the author of many collections of poetry, including Voo Doo/Love Magic (1974); Dark Legs and Silk Kisses: The Beatitudes of the Spinners (1993), which won the Carl Sandburg Award; National Book Award–nominated And All These Roads Be Luminous: Poems Selected and New (1998); and It Seems Like a Mighty Long Time (2015). She has written numerous plays, including Witness! (1978), Shango Diaspora: An African-American Myth of Womanhood and Love (1980), and When the Wind Blows (1984). Her novel Where I Must Go was the American Book Award winner in 2009.

In recognition of her selection of as Illinois' Poet Laurate, the Illinois State Senate passed SR142, which celebrates Nov. 25 as Angela Jackson Day.

Diversity Week begins Oct. 18 and continues through Oct. 22. It is a week of cultural and international themed events with the purpose of better understanding cultural and philosophical differences. Events include guest speakers, panel discussions and films.

To see a full list of events, visit rlc.edu/diversityweek. To read more about Angela Jackson, view her biography here.