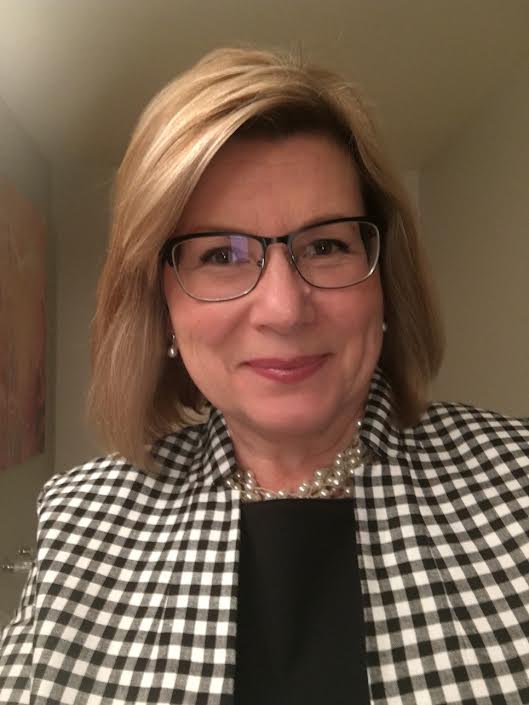 Dr. Tammy Porter, who graduated from the Rend Lake College nursing programs, has worked for 30 years in the healthcare industry. She recently published her doctorate research in a scholarly journal. (Click image for printable photo)

Rend Lake College alumna Dr. Tammy Porter can trace the success in her 30 years in the healthcare
industry to her first days learning how to become a licensed practical nurse.

“As I was reflecting upon my nursing education and my career, I just had so many fond memories at
Rend Lake,” Porter said. “There was such a wonderful support network there.”

Porter, who was born and raised in West Frankfort, recently graduated with her doctorate degree in
nursing practice (DNP) from Duke University. Her doctoral project is published online through the
Journal of Gerontological Nursing.

Porter enrolled in the LPN program at RLC in 1990 and was five months pregnant with her son during
her pinning. After completing the program, Porter worked for four years before deciding to continue
her education.

“I had a wonderful experience at Rend Lake,” she said. “I will never forget my instructors. Shirley Yeargin
was one of my favorites, and she really encouraged me to go into the RN program.”

A single parent of two young children, Porter used RLC resources to help her with expenses such as
childcare so that she could pursue her goal of becoming an RN. RLC had the Job Training Partnership
Program that she was able to access. 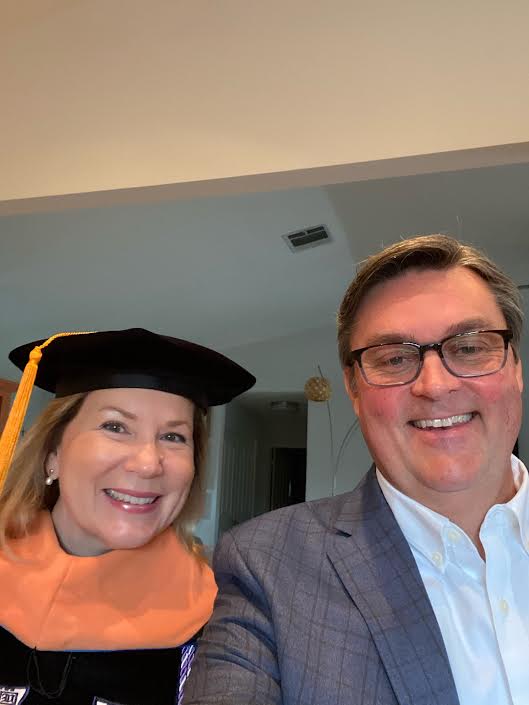 Dr. Tammy Porter and her now-husband Bob pose together during her virtual graduation from Duke University's School of Nursing in 2020. Her doctorate was recently published in the Journal of Gerontological Nursing. (Click image for printable photo).

Her DNP project, “Improving Care of Skilled Nursing Patients: Implementation of Early Sepsis
Recognition,” was published online on Aug. 1 by the Journal of Gerontological Nursing. Porter said she
first became interested in care for older adults when she participated in a research study while working
on her bachelor’s degree.

Later when she was thinking about a doctoral project, Porter said she began to wonder how nursing
homes or skilled nursing facilities (SNF’s) were handling sepsis recognition. Because older adults may
have underlying health conditions, they may be more susceptible to contracting infections.

“I feel all patients deserve excellent care but I feel like SNF or nursing home patients are often forgotten
about. One of the big topics in healthcare at the time had been sepsis prevention,” she said. “It’s one of
the number one reasons that people have died after an infection. I wondered what they were doing to
prevent sepsis in skilled nursing facilities because I knew what we were doing in the hospitals.”

After she made a few phone calls, Porter said she found out how big of an issue it was in local facilities.
A director of nursing told her that the nursing homes were wanting to educate their nurses and nurses
aids to recognize signs earlier so that they could provide better care for their residents.

Porter had completed her data collection for the doctorate project a month before the COVID-19
pandemic began. Because COVID-19 also produced a higher risk for older patients to develop sepsis,
skilled nursing facilities were in need of an early sepsis recognition screening.

“The timing was excellent for the local SNF staff to be able to recognize early signs of sepsis,” she said.

Porter currently works as a consulting associate for Duke University, teaching a quality improvement
module in a leadership course for their nursing students. She also started her own patient advocacy
business.

“I’ve been called upon time and time again to help others,” she said. “That’s the business I started and
I’m excited about it. I can do a little bit of everything. I can teach, and I can take care of patients. It is
very versatile.”

Porter said she landed in California eight years ago while she was working as the executive director of
Quality at Southeast Hospital in Cape Girardeau, MO. A recruiter reached out to ask if she would be
interested in a director of case management position in Napa Valley.

“We decided to take a leap of faith, and we have been here ever since,” she said.

Looking back on those days as a student at RLC, Porter said she would never have dreamed that she
would be where she is today. She credits her faith with helping her navigate through the more difficult
times. 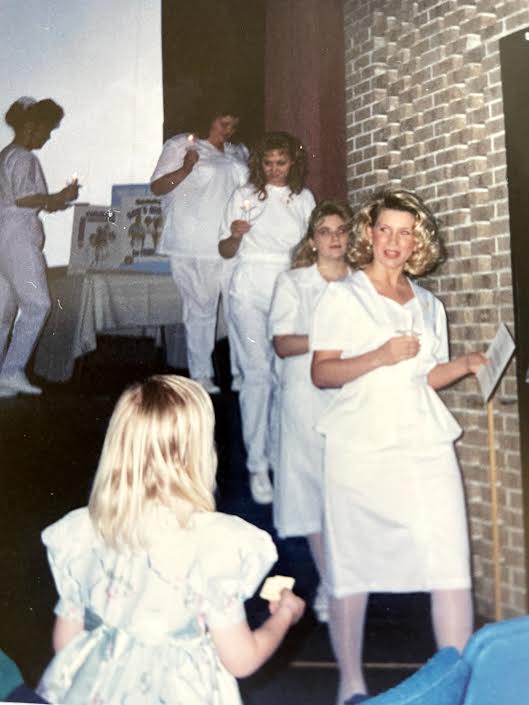 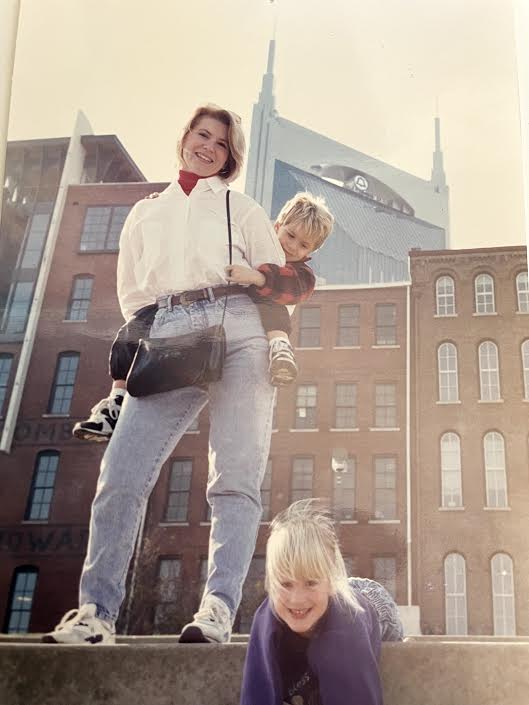 Above left: Dr. Tammy Porter was a single parent while she was enrolled in the LPN and ADN programs. Her daughter, Sydney Forgatch, 5, greets at the end of the stage following her pinning.  She was five months pregnant with her son Sean Forgatch during the ceremony.

Above right: Dr. Porter with her children then and, below, now. (Click images for printable photos) 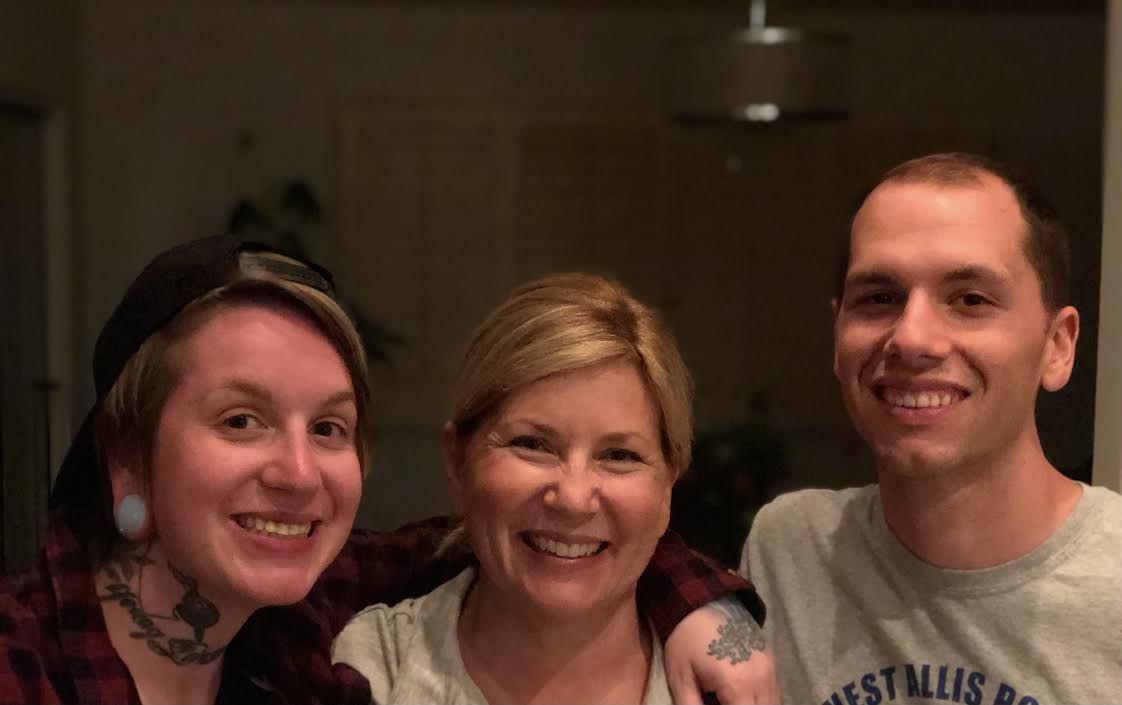 “At that time, it was about survival,” she said. “I had two babies basically. I remember I would prop my
daughter up at the kitchen table with a couple of pillows. She would have some crayons and a coloring
book. She’d be doing her ‘homework’ while I was doing mine."

Porter said she hopes that her hard work and dedication to her profession is something that her children admire.

“I went to school their whole lives,” she said. “I believe it planted a seed for them to look beyond what
some of their options were for the future. They learned hard work and education can give you more
options.”

Porter said she would encourage any student who is struggling with the problems of the present to stay
the course and remain persistent in what you want to achieve.

“Sometimes it’s putting one foot in front of the other and not looking too far ahead,” she said. “It’s good
to make plans, but just keep moving forward. Don’t look backwards. Forget about the mistakes you
made or the things you failed at, they were learning experiences. Just focus on where you’re at right
now. If you keep moving forward, you will reach your goals.“