Writer, filmmaker Matt Rotman to be featured in next RLC Cultural Arts Calendar of Events 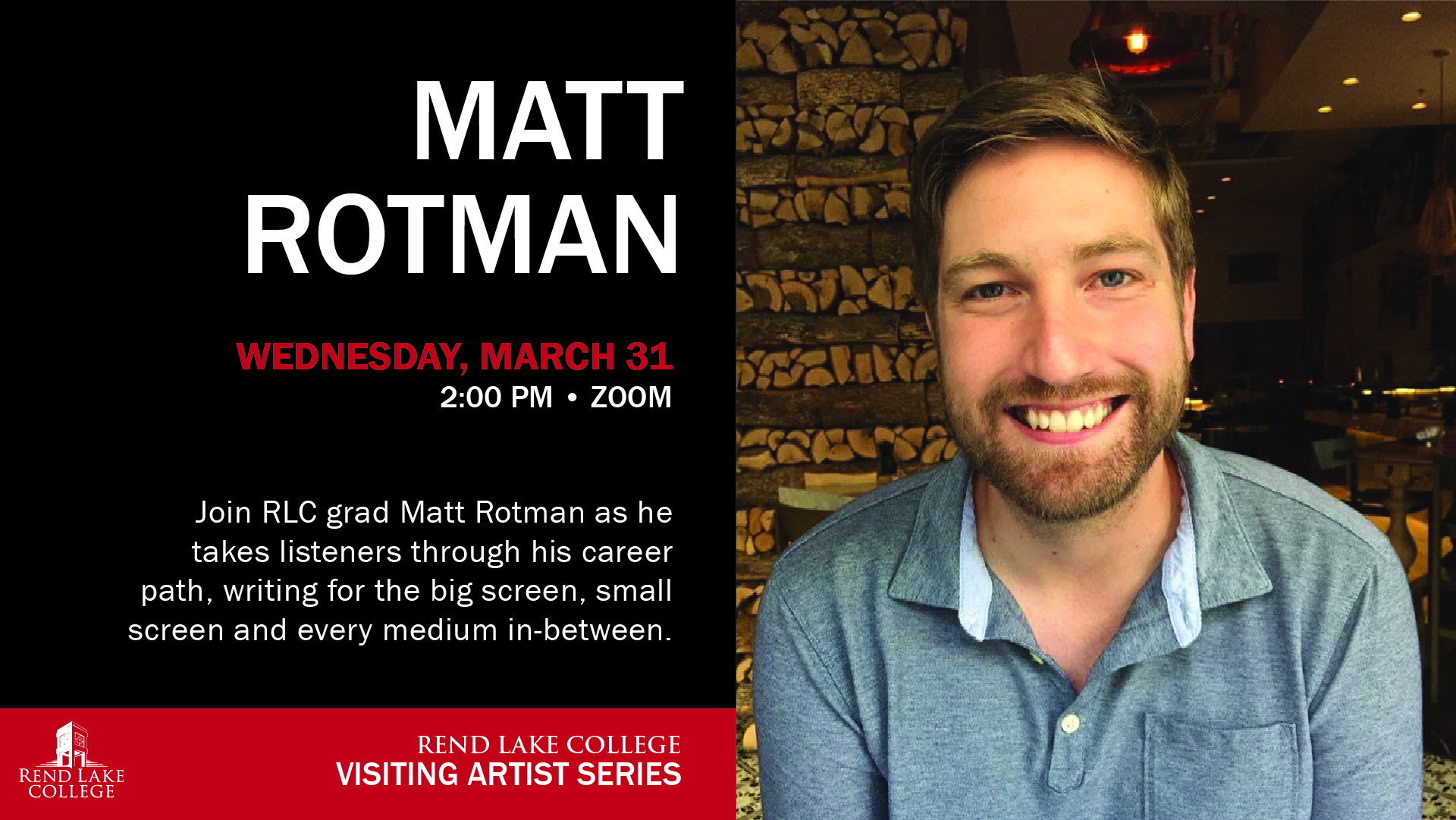 A 2006 Rend Lake College graduate who now writes for TV and film will head the next RLC Cultural Arts Calendar of Events.
Visiting artist Matt Rotman will talk about his upcoming writing projects on March 31 from 2 to 3 p.m. over Zoom.
Rotman is originally from Mt. Vernon. He is a writer and filmmaker based out of San Diego, CA. A former “National Lampoon” staff scribe, he currently writes for Daily Grindhouse and Delirium Magazine. His first short film “Creep Cop” (2019) played in festivals all over the world before being acquired by Troma Entertainment. Matt is currently writing “Bonkers Ass Cinema,” an exploitation film guide for BearManor Media, which is scheduled for publication in early 2022.
Rotman said in 2015 that his start at RLC helped put him on the path to success.
“RLC put me in a great position, academically, once I started going onto the university level,” said Rotman. “I was amazed at how better prepared I was as a student compared to all the other students at a junior level who had not gone to a two-year school first. While my peers struggled with the very basics, things such as academic writing and critical thinking, I was able to focus more intently on the subject matter, form my own opinions, and become well-regarded in the English Department at ISU. I recommend to anyone who will listen that, dollar for dollar, community college is the way to go.”
Anyone is welcome to attend the Zoom meeting.