Tickets on sale Monday for "Sinbad" at Rend Lake College

A comical take on the classic character from One Thousand and One Arabian Nights, “Sinbad” will deliver a plethora of action, laughter, dancing, romance, and more!

Set in ancient Baghdad, Sinbad befriends a street beggar named Hinbad and begins to tell his fabulous story of adventure and romance. Sinbad reveals how he won the hand of the lovely Princess Minerva, despite his own humble beginnings as a slave. We travel back in time and witness the many events that lead to an epic battle between Sinbad and the jealous Semitar who has kidnapped Princess Minerva in order to marry her himself. Sinbad enlists as a sailor on a merchant ship and encounters a homicidal Egyptian queen, who likes to feed her captives to a hungry lion. Sinbad seeks guidance from a mystical gypsy woman who creates a map for him to chase after his lost princess. He hires sailors and travels to an island full of friendly natives who just happen to be cannibals. Sinbad and other castaways end up on an island where a giant bird hunts for humans and a strange woman and her greedy children like to shrink humans for their amusement. He finally locates Princess Minerva in a land far from home and must battle for his life against the wicked Semitar.

There is never a dull moment in this fast-paced, epic adventure. Performed by RLC students and community members, this play will delight the entire family. 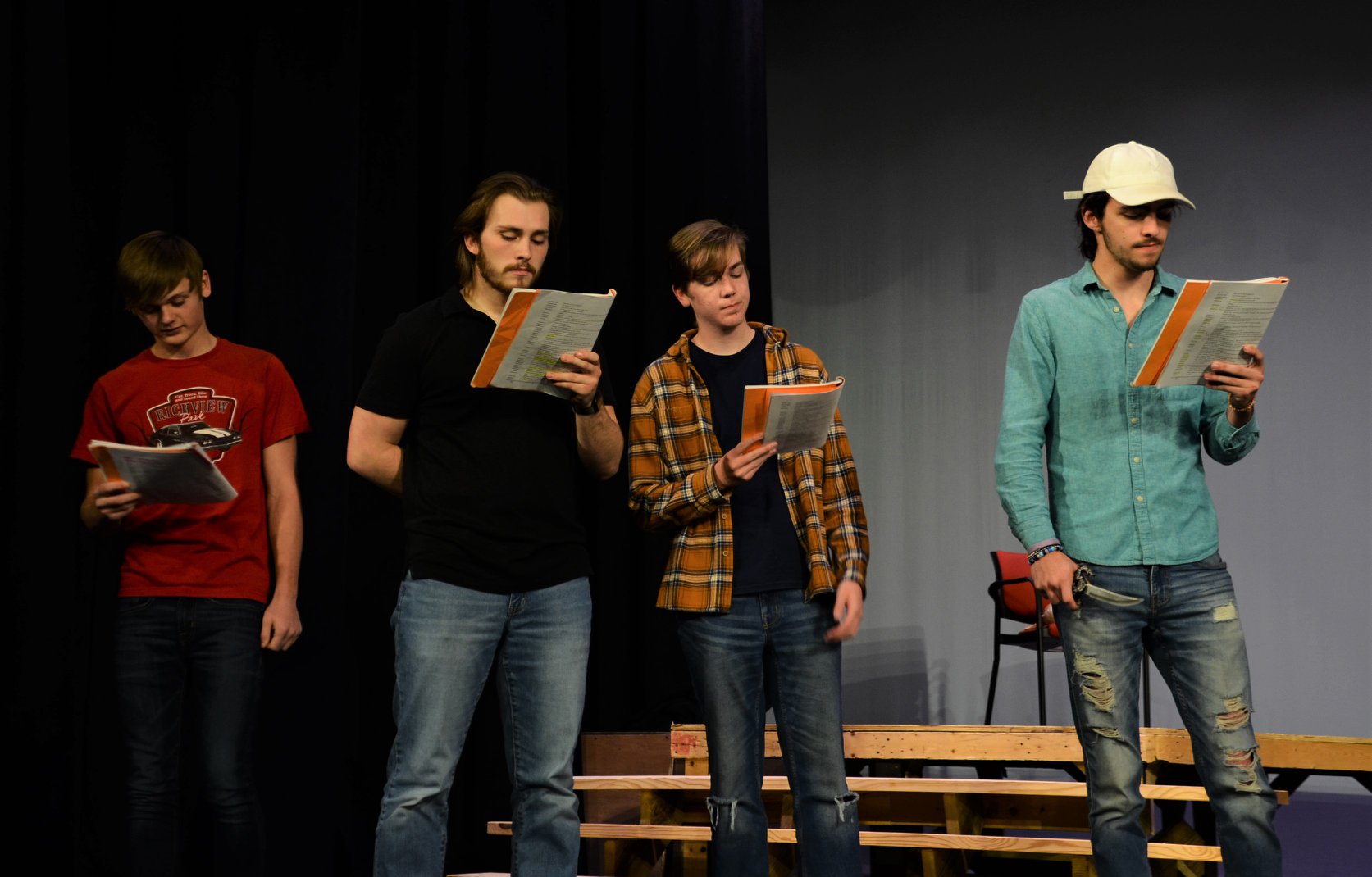 Tracey Webb, RLC theatre professor and director of "Sinbad," admits that this may be one of the most challenging plays she’s ever directed. The set changes have to be lightning-fast and there is a lot of dialogue for every cast member to memorize. However, the diversity of the many characters and the exotic locations in the story were irresistible to her and they promise to keep audience members glued to their seats.

“The actors have trained and rehearsed diligently and I am very pleased with progress so far," she said. "I believe this is going to be a fantastic production.”

“This is probably one of the most talented casts I’ve ever had the pleasure to work with,” said sophomore and theatre veteran Madison Webb (Mt. Vernon) — double-cast as a handmaiden and “Mama." 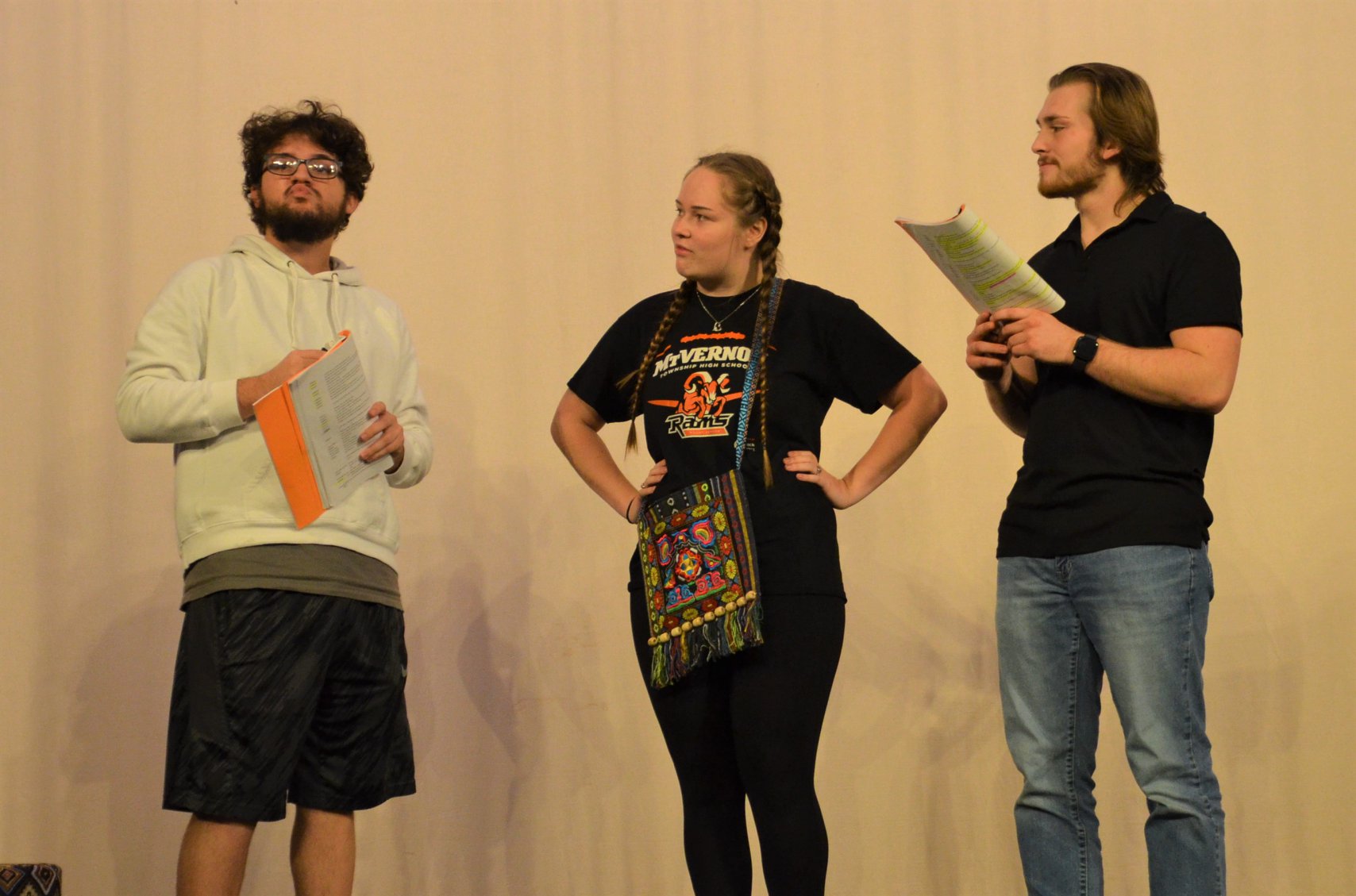 Sophomore Dakota Frederick (Mt. Vernon) was at first astounded by how many lines he has to memorize for the role of Sinbad. “This role is a challenge but I’m loving it," he said. "I think the battle against Semitar in the tower is my favorite part of the play.”

Taylor Frank, a sophomore from Valier, is thrilled to get to play a villain this time. “I love my character. Heffernetti is super-powerful and very impatient with men — considering them all to be incompetent fools. She is also a megalomaniac — somebody completely opposite of who I really am — so it’s a blast playing that part.”

Another sophomore, Raven Gudermuth of Mt. Vernon, comments, “My gypsy character ‘Arezza’ is both clever and magical, an independent business woman in ancient Baghdad; I’m having a lot of fun playing her.”

Freshman Ryan Webster (Macedonia) says, “Hinbad is a sarcastic character who is championed by Sinbad against a couple wealthy women who treat him like dirt. Playing Hinbad is a blast. I get to make snarky comments and actually eat food on stage.”

“This show should be fun for the entire audience," Webb added. "The cast and crew have bonded as a sort of 'stage' family and they are all pulling together to produce a fast-paced, community-friendly play.” 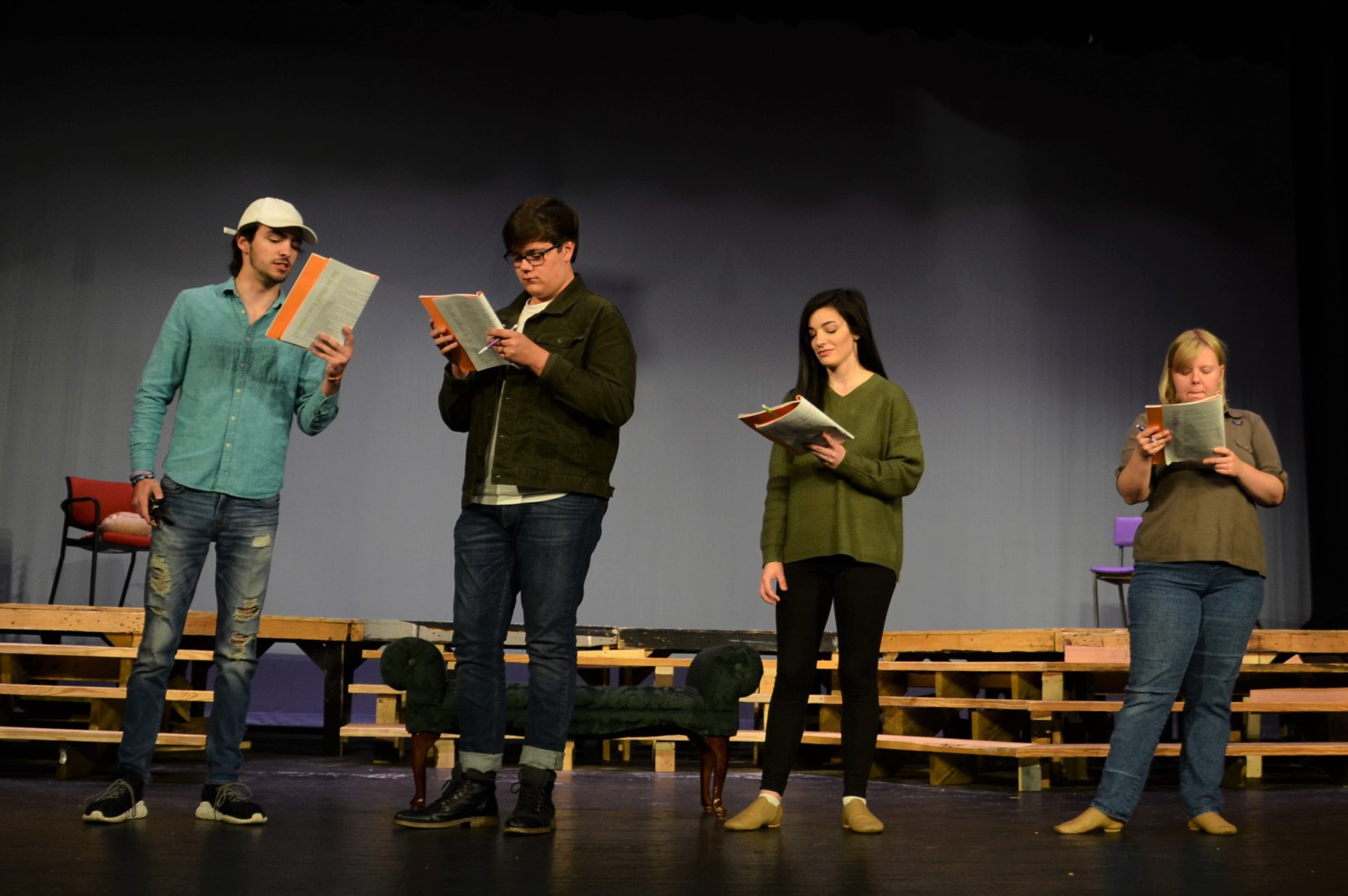