Pupil to professor, Hollmann has history with RLC

INA, Ill. (Jan. 23, 2017) - It’s a bit of an understatement to say that Greg Hollmann, General Science Associate Professor in Rend Lake College’s Math and Sciences Division, has a history with the college and the community. A Mt. Vernon product, Hollmann is an RLC graduate, former student trustee, former member of student council and now energetic educator. His lively, good-natured and sometimes manic passion for science, teaching, baseball, politics and being social never fails to leave smiles and laughter in his wake.

A Mt. Vernon Township High School graduate, Hollmann said he understood his own tendencies, and that helped lead to his decision to come to RLC out of high school. 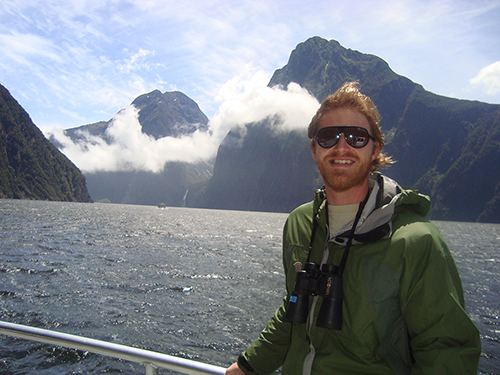 “When I finished up high school at Mt. Vernon, I just really felt like I needed a few more years of academic maturing. I just thought that staying at home and knocking out the first couple years would set me up for better success. I tend to get a little distracted, so I really wanted to get those first couple of years under my belt before I moved on to that university setting,” he explained.

During Hollmann’s freshman year at RLC, he ran for, and was elected to, the Rend Lake College Student Senate. He served as president of the senate that same year. After that experience, Hollmann decided he wanted to be even more involved, running for student representative to the RLC Board of Trustees, a goal he accomplished during his sophomore year. Understanding that the position held a lot of responsibility, he chose not to serve in a leadership role of the student senate while acting as student representative to the board. Yet, not willing to let that adventure completely end, he continued to serve on the senate as a member.

“We had two really good years on the student senate,” he reminisced. “We were very active. We did things like a haunted house before the Advanced Technology Center was fully completed. It was just kind of a hollowed out building back then. We did nights where we would show wrestling and other fun events. We were just really focused on doing fun, student-driven initiatives on a wide-range scale.”

Much like in everyday life, Hollmann said some of his biggest takeaways from his time at RLC were through the everyday interactions he had with people on campus. He disclosed that during his time as student trustee, he felt it was his responsibility to go to every event and function, and that allowed for some prolific insight from his more seasoned peers.

“I would do things like go to Springfield with administration and board members for different conferences. I just wanted to take full advantage of being present for that role. I felt like it was my responsibility to go to everything. I learned so much from trustees like Marvin Scott and David Edmison and Randall Crocker. All those guys just had so much information. We would be in route to a place and the conversations and knowledge that I was getting to be a part of was extremely beneficial,” he said.

“You can’t take away the impact that participating and being present can have on learning.”

After graduating RLC, Hollmann received his undergraduate degree in 2001 from Southern Illinois University Edwardsville, earning a Political Science degree. At SIUE, he also sought to get involved, finding a student worker position in the Recreation Department. He abstained from student government though, so he could focus on being involved academically with his department.

He earned his Master’s Degree in Curriculum and Instruction specializing in Science Education at Southern Illinois University Carbondale. Currently, he is enrolled at SIUC earning graduate credit in Earth Sciences, studying rock and mineral formations and other geological topics. 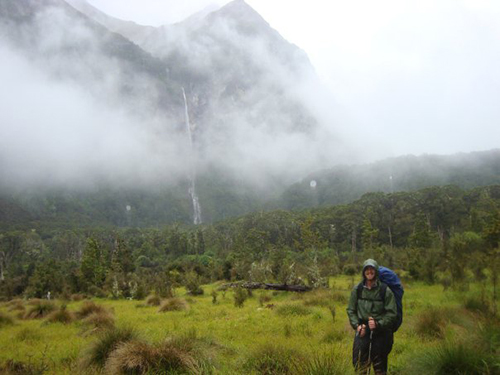 During his current workday as an associate professor, Hollmann acts as one of Rend Lake College’s outstanding Science faculty. With his undergraduate background, he also teaches Political Science classes with the Liberal Arts Division. His Physical Science classes revolve around his passions, Astronomy and Geology.

Hollmann blamed Astronomy for being the initial push that got him into the sciences. Through learning those first few basic astronomical concepts, he realized that he would need a deeper understanding of other fields like Chemistry and Physics to fully appreciate what he saw in the night sky. Once the bug had bitten him, Hollmann looked for opportunities to feed his learning.

“I worked at a place called Guided Discoveries Astro Camp for three seasons. It was a facility that dealt with middle-school-aged students. This was out west. It would bring these school groups up from Los Angeles inner city to the mountains. We had telescopes on site. We would do daily viewings. We taught classes on stuff like atmospheric gasses and lights and lasers. But, since we had such a limited number of courses, we were able to pour tens-of-thousands in resources to teach that one class. That was where I really got my first experience teaching physical sciences.  Just being around people that had those backgrounds started to get my interest going in a lot of different directions,” he expressed.

“I really enjoyed living out west. I was out there for about six years out of college. But, ultimately, I felt that I really wanted to get back to being part of a close community. It felt important to come back and be a part of the community that I was from. That really motivated me to move back and try to make an impact in Southern Illinois,” he said.

“It was really great getting out and exploring some different areas and getting to see the country. But, at the end of the day, it was important to me to make a difference in this area. Rend Lake College offered me a great opportunity to accomplish that. Being the primary post-secondary educational resource for such a large area is a very important role that I’m proud to be part of.”

In recent years, Hollmann has really developed a passion for geology. As an avid outdoorsman and hiker, he has taken a key interest in subject matter a little closer to home, the rocks under his boots. Last year, he traveled to Utah as part of a rock formation class, hiking and camping through the Utah desert to experience the history trapped in stone first-hand. 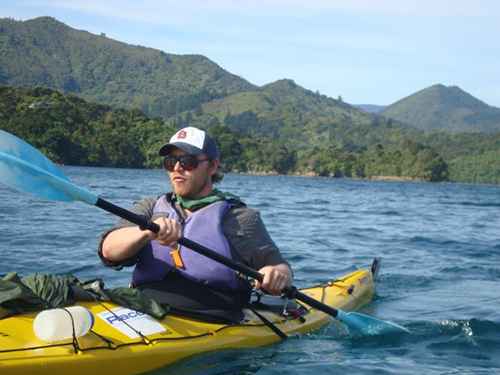 “Being able to see, understand and appreciate all these different rock features I’m hiking among has really just been a great experience. It adds such a sense of wonder. It’s really cool,” he expressed.

In addition to teaching RLC students about Earth and physical sciences, Hollmann also makes an extensive effort to be engaged in community outreach. He partners with organizations like Mt. Vernon Park Service or communities like Sesser or West Frankfort to do stargazing programs that are open to the public. He shows how to set up the proper equipment, explains how it works, explains what the group is seeing in the night sky and outlines some of the underlying concepts of basic astronomy. He attempts to do five to six of those programs every year.

“I also do a lot of ‘teach the teacher’ type training. I will do outreaches to local educators during conferences on topics related to physical science. Most recently, I’ve been pretty active in helping to prepare local teachers on the upcoming solar eclipse. I want to make sure they are prepared with the right tools to enable their students to get the full experience of such a cool phenomenon.”

His advice to students and aspiring scientists is the same: “keep on pushing when things get hard.” College, and even professional life, can get hard sometimes. Sometimes it seems like there is no way that you will ever absorb the latest lesson life has thrown at you. But, Hollmann said that if you continue to stick with it, it might take a while, but things will start to click and you will be the better for having persevered.