INA, Ill. – From start to finish, Clint Eilerts is a Rend Lake College Warrior, and he’s not afraid to show it. Now the co-owner of a marketing and consulting firm called Arthur Agency, the RLC alum attributes some of his success to the RLC “life experience.”

It was no surprise when Eilerts came to RLC in 1997 to begin his postsecondary education. The son of two RLC staff members, he says the family ties to the college made it an easy choice.

“Rend Lake College was a logical fit. I knew I wanted to do something, I just didn’t know what, and Rend Lake was there to fill that gap,” said Eilerts. “My ties with the college go much deeper, starting from early childhood. My mom worked at the college from the time I was in grade school until I graduated and my stepfather worked for the college for almost 40 years.”

RLC’s Graphic Design program caught Eilerts’ attention and he graduated in 1999 with an Associate in Applied Science Degree. During his time at RLC, Eilerts said it was the whole experience – rather than a specific class – that gave him the biggest advantage. 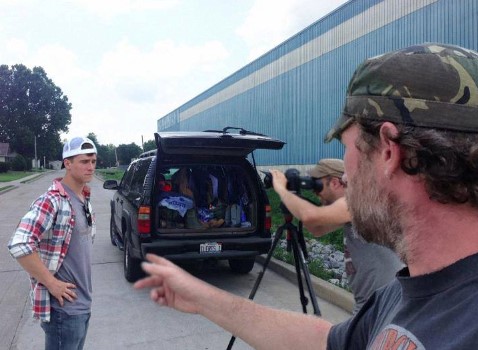 Eilerts, RIGHT, films a scene in the first RLC commercial last year. The commercial is just one of many projects Eilerts has worked on for the college.

“It was the overall experience that had the biggest benefit for me. Was the school part important? Sure. Did I learn stuff? Of course. But overall, the whole thing was a life lesson,” said Eilerts. “I like to look at the big picture. Any new experience is a good thing and something that you can learn from, from new routines to new responsibilities to meeting new people. There are many relationships that I built at Rend Lake that still exist today – some are friends, some are clients, and one is my wife. It wasn’t just a good education experience, it was a life experience.”

Of his favorite memories at the college, two do stand out as highlights: a unique class trip and his 2010 Commencement speech.

“During my sophomore year, I took part in a Cultural Diversity Study class where we spent a few weeks in Mexico, and it was just awesome. I didn’t think much about it at the time, but looking back, the fact that Rend Lake even offered such a thing was a great opportunity and a great experience for me,” said Eilerts. “Then, a few years ago, I had the honor of giving the commencement speech at the Spring 2010 graduation, and that was just a total blast. I think it was a bit different than what most people were expecting, and I had a good time nonetheless.” 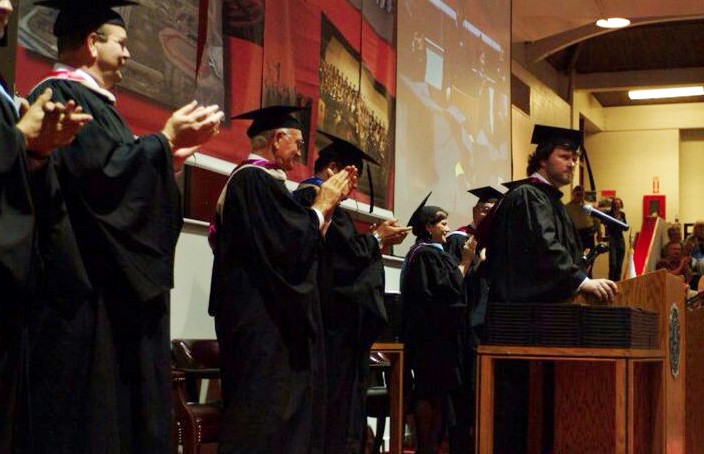 After graduating from RLC, he attended Southern Illinois University Carbondale and earned a Bachelor of Fine Arts in Visual Communications in 2002. Early the next year, Eilerts’ path would again cross with RLC.

“Early in my professional career, I was a part-time instructor for the design program,” said Eilerts. “After growing up Rend Lake and then working with them, it’s given me a better awareness of what an asset the college truly is.”

Eilerts was an RLC instructor for five years, during which time he became involved with Arthur Agency, a full-service creative firm in Carbondale that helps brands and organizations with marketing and advertising solutions across the globe. As the part-owner and self-proclaimed “Chief Awesomeness Officer,” Eilerts has the opportunity to work in marketing consultation and strategy, branding and brand building, film and video, web and app development, social media, and graphic design.

Recently, he’s been involved with filming RLC’s two latest commercials and an ongoing web series called “The Driving Dead,” featuring actor Michael Rooker of “The Walking Dead” fame. His firm also helped design the college’s clocktower logo several years ago. To check out everything about Arthur Agency, visit their website at www.ArthurAgency.com. 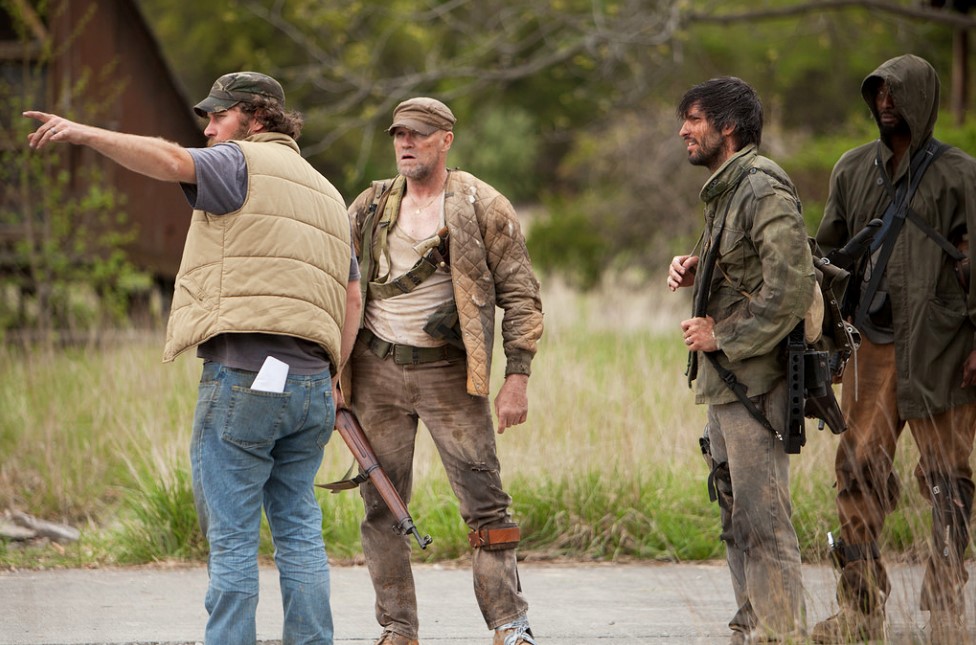 Eilerts speaks with Michael Rooker while filming the web series "The Driving Dead" for the Illinois Department of Transportation.

To current and future students, Eilerts encourages everyone to take advantage of the opportunities at RLC.