INA, Ill. (Nov. 24, 2014) – It’s been decades since he graduated from Rend Lake College, but that hasn’t stopped Jim Mounier from giving back to education. The 1972 RLC graduate is now the Senior Vice President at Merrill Lynch in Rockford, and has been named the Rend Lake College Foundation Alumnus of the Year for 2014. He will be awarded the honor during the Foundation Annual Dinner on Dec. 4. 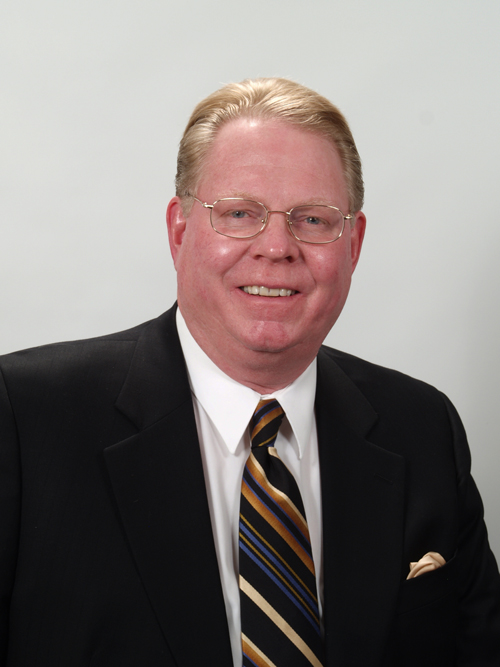 Mounier, a native of Linton, Ind., relocated to Southern Illinois his senior year of high school. After graduating from Mt. Vernon Township High School in 1970, he decided to attend RLC with a focus in mathematics. With that degree, Mounier has worked his way up at Merrill Lynch to help well-off families with their finances.

“I was accepted at Southern Illinois University, but it was during the Vietnam War and there was a lot of student unrest. I decided not to go to Southern, but I still wanted to get a good education,” said Mounier. “I had some friends going to Rend Lake College from Mt. Vernon, and I decided to go too. I wanted to make sure I could get the classes I needed.”

Now living in Caledonia, a small village northeast of Rockford, Mounier and his wife Carole regularly give back to a number of communities, including Rockford; Illinois State University (ISU), where Mounier graduated in 1974; and others. He said he was surprised to hear he’d been named the Alumnus of the Year when RLC Foundation CEO Shawna Bullard contacted him earlier this month.

“Basically, I said to her there has to be someone a little more deserving than me,” said Mounier. “I went through my yearbook after Shawna called me, for the first time since I was at Rend Lake, and it was interesting to go through them.”

While at RLC, Mounier said there were several instructors and classes that stood out, including Richard Perrachion, a mathematics instructor; Jack Traver, nicknamed “Tiger” Jack by his students, in the English department; Ed Kownacki, a chemistry instructor; and speech teacher Cheryl Foley. As a budding mathematics major, Mounier said his education almost didn’t go according to plan.

“My mathematics major almost didn’t happen. My freshman year in high school, I received a D in freshman algebra, and my advisors told me to move to general education instead of mathematics, but I decided to do trigonometry instead and go for it,” said Mounier. “Most of the things I’ve done have been my decision. I’ve had my struggles, and I know there are people who have overcome their own struggles and sacrificed to go back to school. I commend them for not allowing anything or anyone to spoil their dreams. They’re an inspiration to others and I want them to know it will be worth every struggle they go through.”

After graduating RLC in 1972 with an Associate of Arts and ISU in 1974 with a Bachelor of Science, Mounier moved to Rochelle to begin working at Westinghouse, where he worked in construction as a trainee. He worked there for 10 years, all while rising up the ranks to Division Administrator, before making the leap back into the world of finance.

“I had a friend who owned a bank in Rochelle who was looking for someone who worked with financing and computers,” said Mounier. “I almost had an MBA from Northern Illinois at the time, so I thought I was qualified for the job, and my friend offered it to me. After 10 years, I changed careers into something more interesting to me and stable.”

Around that time, Mounier and his wife also started venturing into real estate by purchasing apartment buildings in Rochelle as Snoozy Properties LLC.

“We bought our first apartment building in 1988 in Rochelle, and the next one about a month later. We still own all 16 of those apartments today,” said Mounier. “When we moved to Rockford, we built 22 townhouses up here that we also own and rent out. We manage them all ourselves. They’ve been a great investment and diversification of our income.”

He then made an even larger jump into wealth management, where he’s been ever since. As an advisor, Mounier works one-on-one with affluent families to manage their wealth through estate planning, investing, lending, and other avenues. He is one member of a seven-person team who works with approximately 300 people.

“I bought my first stock at 16 years old, so I’d definitely say I’ve always been interested in money management,” said Mounier. “I interviewed with Merrill Lynch before, but I said no to the job because my wife Carole and I lived in Rochelle and the job was in Chicago. I wasn’t willing to take that risk at the time. I always wondered about what would’ve happened if I had started at a younger age.”

More recently, Mounier published his first book, titled “The 50 Question You Need to Ask – To Achieve the Financial Advisor Relationship You Deserve.” The idea for the book came from a question his wife asked about managing their life in his absence. Mounier began putting together a list of who to contact and all the things she would need, and it turned into a book. He finished it in 2004, and was self-published in 2006.

If they have any time between their careers, donating and giving back, managing property, and writing books, Mounier and his wife enjoy golfing and volunteering at a number of organizations and businesses in northern Illinois, such as the OSF Saint Anthony Medical Center in Rockford, the Rockford Boys & Girls Club, Illinois Grow Enterprise, and many others. He currently is a member of the ISU Foundation, and serves on the Executive Committee and Chair of Development Committee, also at ISU.

In addition to the Alumnus of the Year award, several other awards and honors will be highlighted at the Foundation Annual Dinner. The theme this year is the pathway to success through education, said Bullard, and that RLC has a part in each step along the way.

“We are very excited about the Annual Dinner this year because it will show every side of education at Rend Lake College, from instruction at the Children’s Center to students who receive scholarships and to the donors like our alumnus Jim Mounier who is extremely philanthropic and gives back to education. We’ve got a great program lined up, and we cannot wait to have the same strong community support.”

Jim Muir of WQRL in Benton, the 2009 Alumnus of the Year, will be the emcee for the evening, with additional awards and honors to be handed out throughout the night. The RLCF Annual Dinner begins with cocktails at 6 p.m. Thursday, Dec. 4, at the Mt. Vernon Holiday Inn, followed by dinner and the ceremony at 6:30 p.m. For more information, contact the Foundation at 618-437-5321, Ext. 1214 or 1324, or by sending an e-mail to [email protected].