In his talk, Dr. Wiesen will discuss how Nazi policymakers and writers addressed racial violence within their own society by turning their attention to the persecution of African Americans. How, Germans asked, might Americans’ treatment of minorities inform discriminatory measures in Germany? How could Germany build a racially pure society absent the alleged “lawlessness” of the United States? Dr. Wiesen’s lecture takes up these questions by focusing on German views of lynching in the United States in the 1930s. Ultimately, the mob violence against African Americans became a symbol of a failed state across the Atlantic. If the Nazis were to design an effective racial order, they would have to avoid such visible expressions of violence. 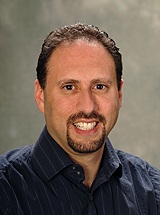 Jonathan Wiesen is a professor from the SIUC History Department, coeditor of Selling Modernity: Advertising in Twentieth Century Germany (2007) and author of Creating the Nazi Marketplace: Commerce and Consumption in the Third Reich, published by Cambridge University Press in 2011.