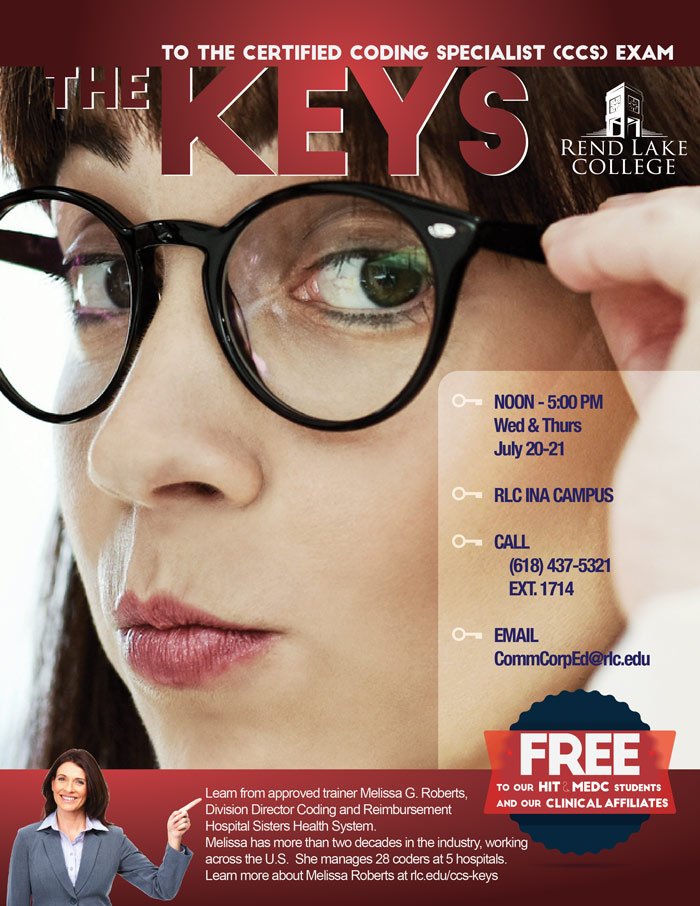 Learn the keys to the CCS Exam from approved trainer Melissa G. Roberts, Division Director Coding and Reimbursement at Hospital Sisters Health System.
Melissa has more than two decades in the industry, working across the U.S. She manages 28 coders at 5 hospitals.

She is a seasoned HIM professional with 20 years of experience in the healthcare industry. Ms. Roberts began her career as the Patient Accounts Coordinator at St. Catherin Hospital.  In 1999, she became the Director of Health Information Management at Minneola District Hospital, where she wore many hats, including coder, appealed denied claims, Utilization Review Coordinator, Case Manager, and Risk Management. In 2001, she joined J.A. Thomas and Associates where she was a Healthcare Consultant and implemented Clinical Documentation Improvement Programs across the country.  Later that year, she joined St. Francis Medical Center as the Coding Supervisor, where she oversaw the day-to-day operations of the coding department.

In 2004, she joined Texas Health Presbyterian Hospital of Dallas as the Coding Manager and oversaw the day-to-day operations of the coding department. In 2005, she was promoted to the Corporate Compliance Department at Texas Health Resources, where she took the role of Coding Compliance Manager. In this position, Ms. Roberts developed the Coding Compliance Deparment, audit structure, education program, and denials management program for a 14-hospital system.  In 2013, she was promoted to Corporate Manager of Coding Audit and Education when coding was centralized. In this position, Ms. Roberts developed the audit structure and education program. In 2014, Ms. Roberts joined Peak Health Solutions as a Senior Coding Consultant and Coding Educator, where she has performed gap analysis and developed coding education. In 2015, she joined Hospital Sisters Health System as the Division Director of Coding and Reimbursement, where she oversees the day to day operations of the coding department. Ms. Roberts is a frequent speaker for the Peak Webinar Series and has presented at AzHIMA and DFWHIMA.

For more info, contact RLC's Center for Community and Corporate Education at (618) 437-5321 or email us at [email protected].